Sassafras at The Stirling Arms 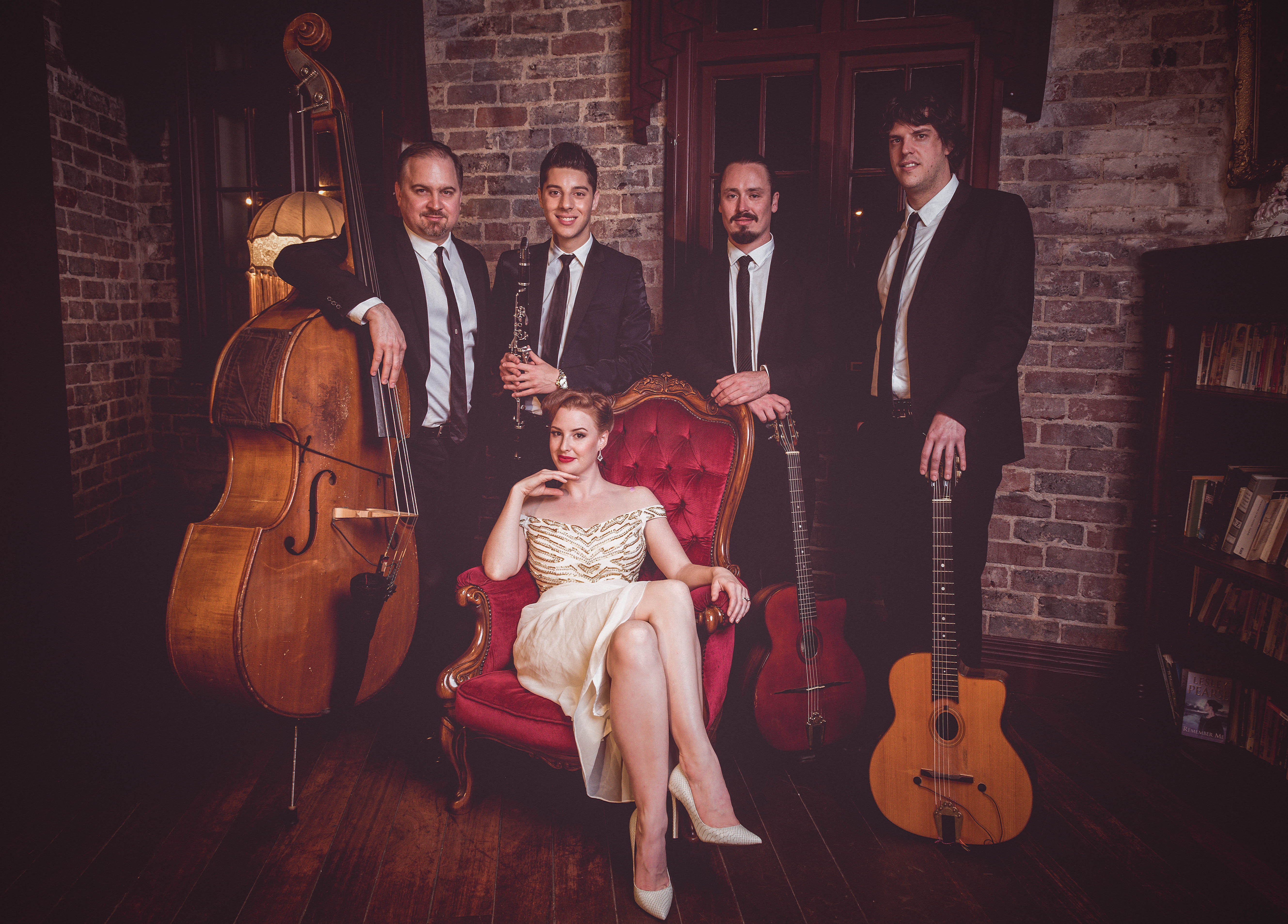 ‘Sassafras’ make their debut performance in Guildford, at The Stirling Arms Hotel on Sunday May 26th.

Featuring music from composers such as Django Reinhardt, Edith Piaf, Cole Porter, Serge Gainsbourg and Jacques Brel (to name only a few), Sassafras has sold out numerous gigs at the Ellington Jazz Club as well as other venues such Lazy Susan’s Comedy Den, The Kidogo Arthouse, The Paddlesteamer Decoy, The Mundaring Weir Hotel, The Navvy Club (Jazz Fremantle), Malt Supper Club and Juniper Studio (Darlington).

For four years in a row, Sassafras has presented a season of shows as part of the Perth Fringeworld Festival (“An Evening in Paris” from 2016-18, and “Under Paris Skies” in 2019) – all to sell out crowds and rave reviews. The band has also featured at a number of other festivals including: The Jazz By The Bay Festival (2017), Perth International Jazz Festival (2017), King Street Corner Pocket Festival (2018), and the Oz Manouche Festival (Brisbane, 2018).

” What a truly extraordinary group of talented performers. This 5-piece Perth jazz band is a amalgamation of 4 of the most enigmatic musicians you’ll ever see. Not to mention, the vocals of Jessie Gordon who has the most astoundingly powerful range”
Amanda Lancaster, Fourth Wall Media, Jan 31st 2018

” Sassafras, the gypsy jazz band won a heap of local fans at Juniper Studio… A full house relished performances from consummate musicians, with Jessie Gordon singing, encouraging audience participation and pulling it all together with engaging humour.”
Darlington Review, July 2017

” The (Perth) International Jazz Festival is a serious affair… there was, however, a moment of joyous gypsy-style jazz from Sassafras, a local group who took the audience on a pleasure-filled journey, aided by brilliant gypsy guitarists and singer Jessie Gordon.”
Ron Banks, The West Australian Newspaper, June 2017

” The Sassafras instrumentalists excelled throughout the evening, with virtuosic solos and seamless transitions. The acoustic guitar playing from Lachlan Gear and Aaron Deacon was perfect and lovely. Adrian Galante on clarinet (played) some swinging rhythms taking us back to the 1930’s Paris and Pete Jeavons reliable double bass playing shows his great experience.”
Mariyon Slany, Artshub, Feb 1st 2016

” Lead soloist Galante is routinely given a run for his money by Jeavons’s bass solos, Deacon’s strumming and Gear’s fantastically fast and accurate picking. Altogether, it makes for a first-rate performance.”
Brandon Taylor, The Australia Times, Jan 31st 2016

” You may already know Sassafras, the local gypsy jazz 5-piece known to play Perth spots like The Playroom and The Ellington. If you don’t, any doubt you have that they play excellent fast, tight and wild swing music will be banished by their Fringeworld act”
Brandon Taylor, The Australia Times, Jan 31st 2016