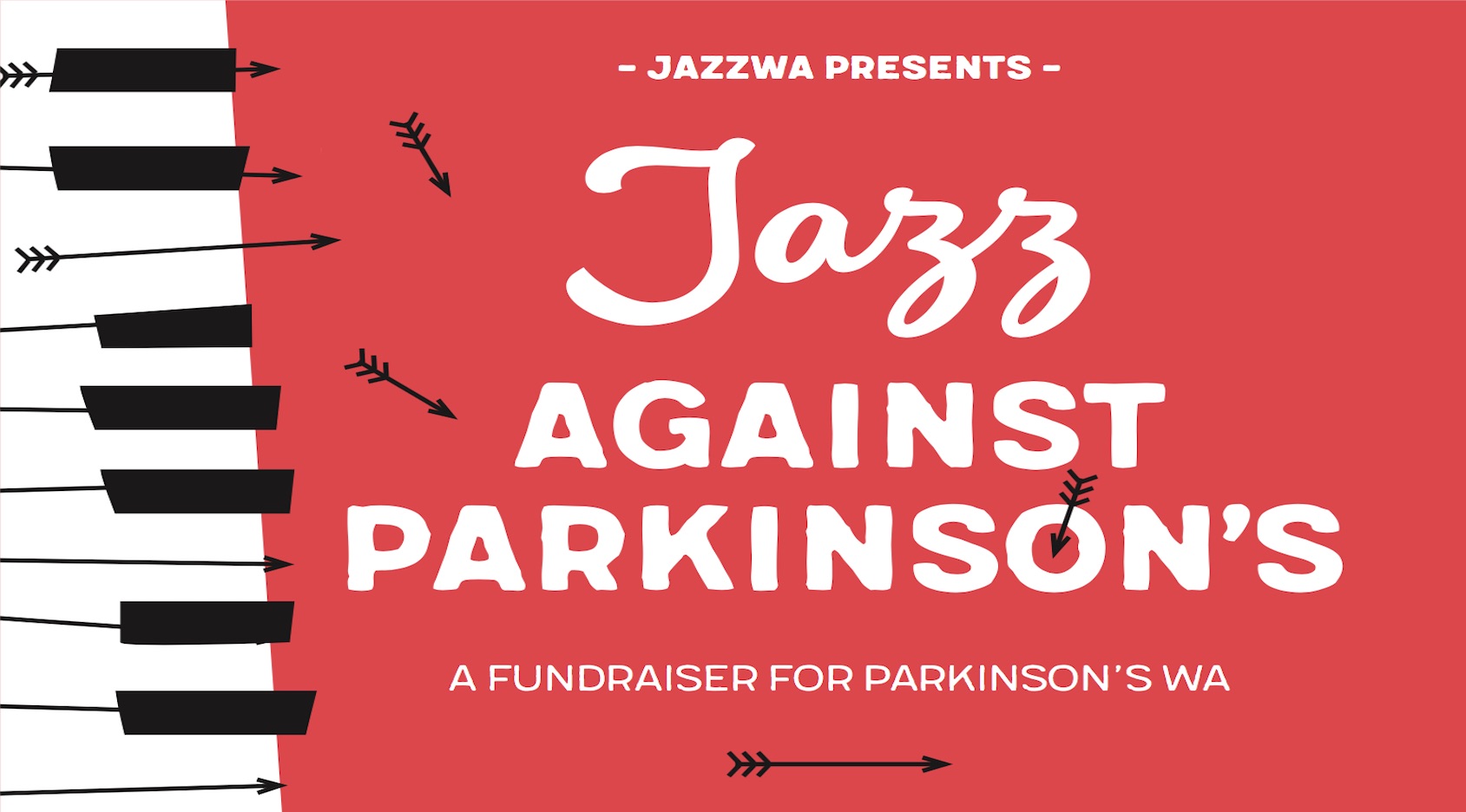 Parkinson’s Disease currently affects over 8,000 West Australians, with over 20,000 affected by having a family member living with Parkinson’s. The devastating effects of this disease are felt through out many different West Australian communities, and the WA jazz community is no different.

To help combat the disease and aid those afflicted by it, jazz musician and Treasurer for JAZZWA; Pete Jeavons, has assembled a great line-up of WA jazz groups to perform at this special fundraising event on Tuesday December 12th at The Ellington Jazz Club.

With traditional jazz from The Gumnut Stompers, neo-soul from songstress Shameem and acoustic modern jazz from Pete Jeavons own quintet, “Jazz Against Parkinson’s” features local groups from across the jazz spectrum, side by side, to raise money for Parkinson’s WA.

For anyone who is not able to make it to this event, but would still like to contribute to the fundraising effort, there is an online fundraising campaign for Parkinson’s WA running concurrently through www.mycause.com.au/page/164577 where any donations would be gratefully received.

“… an explosion of soul. Her piano and voice take you on a journey to a world full of positivity, love and understanding.” – Sydney Morning Herald

Neo-soul songstress Shameem brings her enchanting stage presence and gravity-defying voice to the Ellington’s stage. This powerhouse Perth artist has proved that she can put on a stellar performance, having supported such artists as Michael Bolton, George Benson, Ronan Keating, Belinda Carlisle and Anthony Callea, and performed all around Australia and in Canada. With nominations in the international Independent Music Awards (2013 and 2015) and Australian Songwriting Contest (2012 and 2014), there’s also no doubt about her keen songwriting ability. Born in Australia to a Chinese-Malaysian father and an Iranian mother, Shameem’s music is often compared to that of such artists as Alicia Keys, Mary J Blige and Sade, but has its own distinct exotic flavour. This performance will feature songs from Shameem’s four studio recordings, creative interpretations of songs you know and love, and brand new original material. Take a hard-grooving band, add an expressive and soaring vocal into the mix, spice it with some socially conscious lyrics and personal stories, and you might just end up with Shameem’s unique concoction of soul, R&B and jazz.

The Gumnut Stompers formed as a trio in 1987 in response to the need for a small, acoustic, mobile and entertaining jazz band on the (then) newly launched Paddle-Steamer Decoy. The Stompers still play regularly on the PS Decoy to this very day (now as a 4 piece), surely making it one of the longest musical residencies in Perth.

The group has also performed at countless functions in and around Perth – including private parties, concerts, weddings, corporate functions, jazz club gigs and conferences. In 1993 (and also later in 2007) the Stompers were invited to perform at the Edinburgh International Jazz Festival and they have had a number of other long standing residencies at venues such as Burswood Casino, Sardi’s Restaurant (South Perth) and an international residency in Penang.

The Stompers are equally at home performing on-stage, or wandering from group to group at a party or restaurant, playing requests in their unique style. The band has released 3 albums and their repertoire features pre-dominantly music from the jazz greats such as Louis Armstrong, Fats Waller, Duke Ellington, Jellyroll Morton, Scott Joplin and George Gershwin to name a few. The group has very eclectic tastes however and often draws on repertoire from other styles too including folk, classical, latin and pop.

Active as a professional musician for over 20 years, Pete Jeavons is an in-demand bassist performing regularly across a wide range of styles on both Double Bass and Electric Bass Guitar.

Pete has featured on numerous albums with artists/groups such Tom O’Halloran Trio, Tal Cohen Quartet, Penny King Quintet, Memory of Elements, Troy Roberts, Thrust, Salamander, Carl Mackey, Michael Pignéguy Sextet, Hank Marvin Gyspy Jazz and Juliana Areias. Albums from these artists feature Pete in a variety of roles, either as a performer, arranger, composer or producer (or some combination of the four).

Named the Perth Jazz Society’s most outstanding contributor in the year 2011 (and previously in 2000 too), Pete was also a finalist in the 2008 National Jazz Bass Awards. Despite maintaining a busy schedule as a freelance musician Pete has been a driving force in the not-for-profit arts organization JAZZWA for 18 years. Pete has organized countless performances, tours and jam sessions for JAZZWA including the JazzNOW! Jazzcamp which is held annually at WAAPA in the first week of the July school holidays. Pete has also produced six volumes of the Jazzaziz compilation CD for JAZZWA, which features original contemporary jazz from WA. Pete also teaches bass in the jazz program at WAAPA and is a presenter of the ‘Giant Steps’ contemporary jazz program on community radio station RTR-FM 92.1.

Current musical projects for Pete include ‘Freewheel’ (modern jazz), ‘Sassafras’ (gypsy jazz) and ‘The Pete Jeavons Quintet’ which will perform as part of of this fundraiser for Parkinson’s WA.