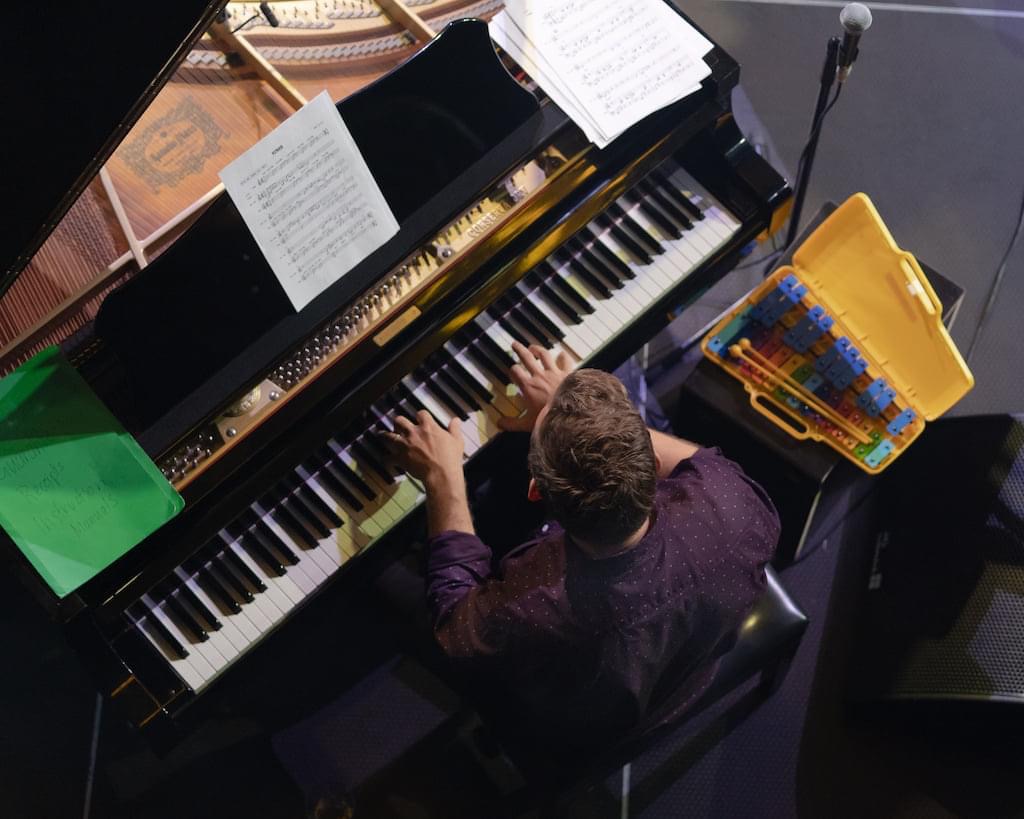 Tonight the Harry Mitchell Quintet will present their new album “Symmetry”. The album was recently a feature album on ABC jazz, and the project was featured at the Perth International Jazz Festival in 2020. Expect to hear leading Australian musicians present compelling modern jazz at it’s finest.

Harry Mitchell has been playing piano since the age of 8 and playing jazz since the age of 13. Since then, he has performed with many artists across Australia and overseas, including Vincent Gardner, Kate Ceberano, George Garzone, Vince Jones, Troy Roberts, Jerome Jennings, Veronica Swift, Charlie Watts, Katy Steele, and many more. In 2017 he was awarded Young Australian Jazz Artist of the Year at the Australian Jazz Bell Awards, as well as being awarded 2017, 2018 and 2020 WAM Jazz song of the year, and 2017/18, 2018/19 WAM Best Pianist. Harry has released four albums with his band TrioTrio and five albums of his original quartet/quintet music.

Harry Mitchell is one of these luminary artists who can’t help making their presence felt. He’s been doing exactly that, since he started playing jazz piano (at 13), getting the chance to perform with the ‘who-is-who’ of Australian Jazz, not to mention icons such as Hank Marvin and a certain drummer called Charlie Watts. In the meantime, he has been evolving as a composer, creating music that bursts with energy and fervor.